Game Birds can be tough. They spend most of their life on the move, unlike battery chickens, so have far denser and tougher meat than farm raised birds.

The single most important part of processing game birds is to allow them to rest and allow the proteins in the meat that make it tough break down. This will turn a tough bird into something far more palatable.

To overcome the toughness the simplest approach is to leave the birds in the fridge for at least two weeks before processing them. One week doesn’t seem to be enough, with birds still coming out of the oven tough. After two weeks you will notice a real change in the composition of the flesh. It will become softer to the touch. 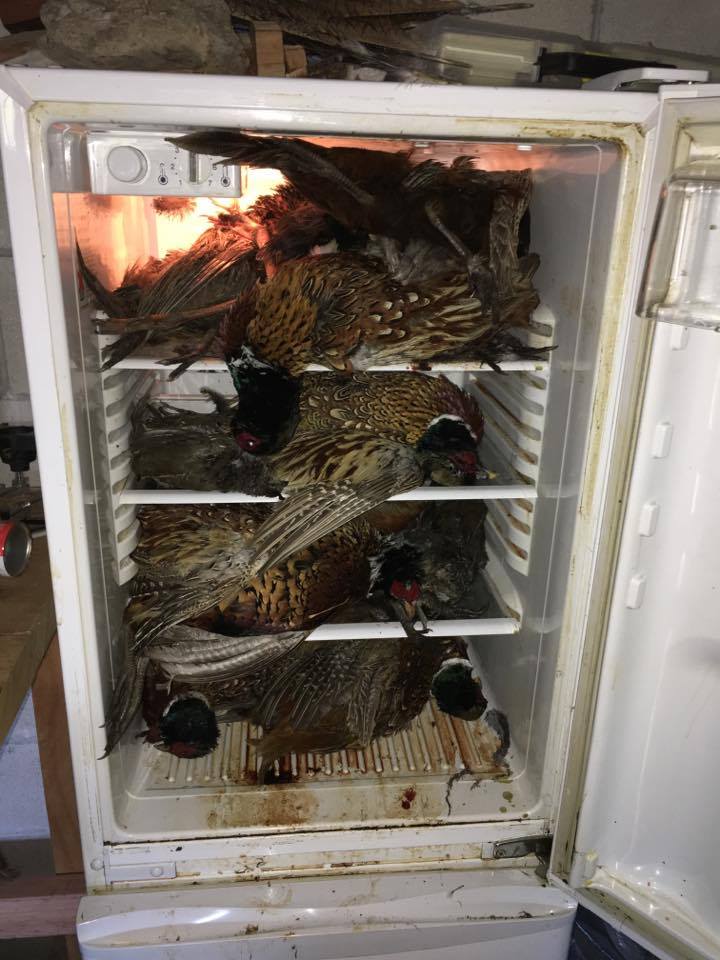 One of Simon Lusk’s game fridges just before the birds were processed and the fridge cleaned.

Birds left to settle for two weeks are very easy to cook as they will not be tough, and toughness is really hard to deal with when roasted or fried. Breast fillets can be pan fried and come out very tender, and whole quail are beautiful pan fried.

I have never left a bird hanging for three weeks and green, or until its neck breaks, or until it can be shaken and its feathers fall out. That is how they were allegedly treated in England, but when I have shot in England I have only ever heard of one bloke who did this, and this was a mistake. He was given some birds and forgot about them, and found them three weeks later and they were green. He reckoned he was not going to get another bird that season, so even though they were green he cooked them, and they were the best birds he has ever had.

Hanging birds in a cellar in the northern hemisphere winter is a different proposition to a Hawke’s Bay winter. I don’t have a cellar, and the winter here is mild so I would be concerned about birds rotting or getting fly blown.

If you pluck and freeze your birds on opening day they will be tough. Try leaving them whole in the fridge for two weeks, and then processing them, and compare them to birds you have processed and frozen immediately, or processed and cooked. You will be pleasantly surprised at the difference.