As any prolific fly tyer, keen reader and watcher of fly tying videos colour is often given great importance by fly tiers. I believe my experience has clearly demonstrated is that subtle variations of fly colours do not matter. This is in marked contrast to the views of many tiers, but they do not have the evolutionary advantage of being colour blind as a tyer.

I simply cannot tell the difference between colours with slight variations. The colours I definitely can see are definite colours, including black, olive, red, and white. I have these colours rigged on my Nor-vise bobbins, but no other colours because I would not be able to see them.

The good news for all anglers is that New Zealand Trout do not seem to mind using only the most basic colours and most basic flies, provided you get the fly to the fish first cast. Twelve years of sight fishing, never fishing blind, and always observing how a fish reacts to a fly gives me huge confidence in saying that colour does not matter much as presentation, and especially depth of presentation. 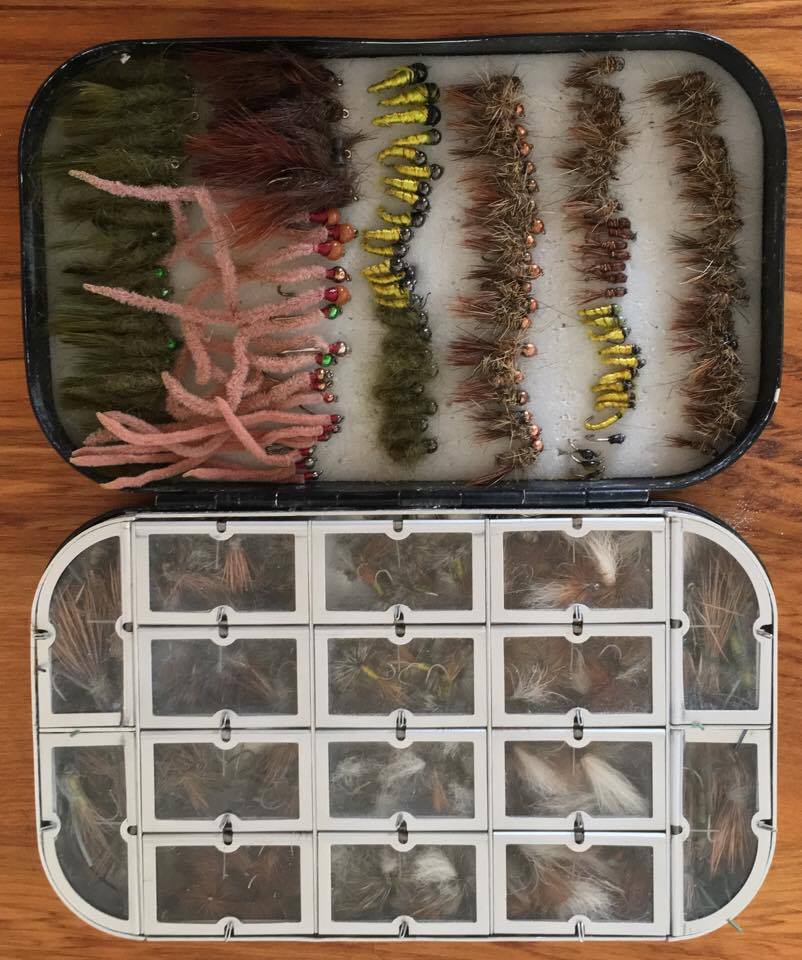 Simon Lusk’s limited colour fly box. This is the box he uses everywhere, occasionally changing it for a lake box or a smelt box.

In over twenty years of fishing around the world, but mainly in New Zealand, only twice have I felt that a different coloured fly would have helped me. Once was in the McKenzie Country where there were five browns cruising a long way out, and I was not able to get my hare and copper to them accurately enough and was not patient enough to wait for them to come closer. They were taking little white midges, and I did not have anything white or a midge pattern.

The other occasion was fishing the River Test in England when I presented a small plain mayfly with grizzly hackle about fifty times to a fish that was taking mayfly but refused my fly without spooking. It took a brown mayfly of the same size first cast, on a day that there was a small brown mayfly hatch.

Not being able to distinguish colour means that I have limited the number of patterns I carry with me. There is no point in carrying any more as I cannot tell the difference between them anyway. So I only have one fly box on me. As long as the flies I have on get to the depth the fish is feeding at I rarely change my flies because a vast amount of fishing has showed me that flies presented at the right depth first cast catch most fish I fish to.

The featured image is of an earth worm. I am unable to see a red blood worm, but can see this very light earth worm colour. The fly works exceptionally well in slightly discoloured or very discoloured water.