The fly I use the most every season is a size 16 Hare & Copper. It is a fly that has so many virtues, starting with its raw fish catching ability.

The Hare & Copper is a scruffy pattern that is a generic food representation, rather than a very specific representation of an aquatic insect. Fish see it as food, and take it readily. It is a simple, quick tie that I can tie easily in under two minutes, and it always swims right because it does not have legs or wing cases that can end up sideways or upside down or in an unnatural position.

The Hare & Copper is a very cheap fly to tie too, which is valuable when you go through as many of them as I do every season. Conservatively I would use 300 in a normal season, about half on the evening rise and half nymphing during the day. I shoot my own hares and pheasants, and have a large roll of electricians’ wire that I have had for more than 20 years and it is still showing few signs of running out.

Going through 300 Hare & Coppers a year means I need to tie up a lot over the winter. They are a nice easy fly to tie, so I can tie them while talking to clients, and because they are small I can set up to tie 100 at a time without taking up too much space. 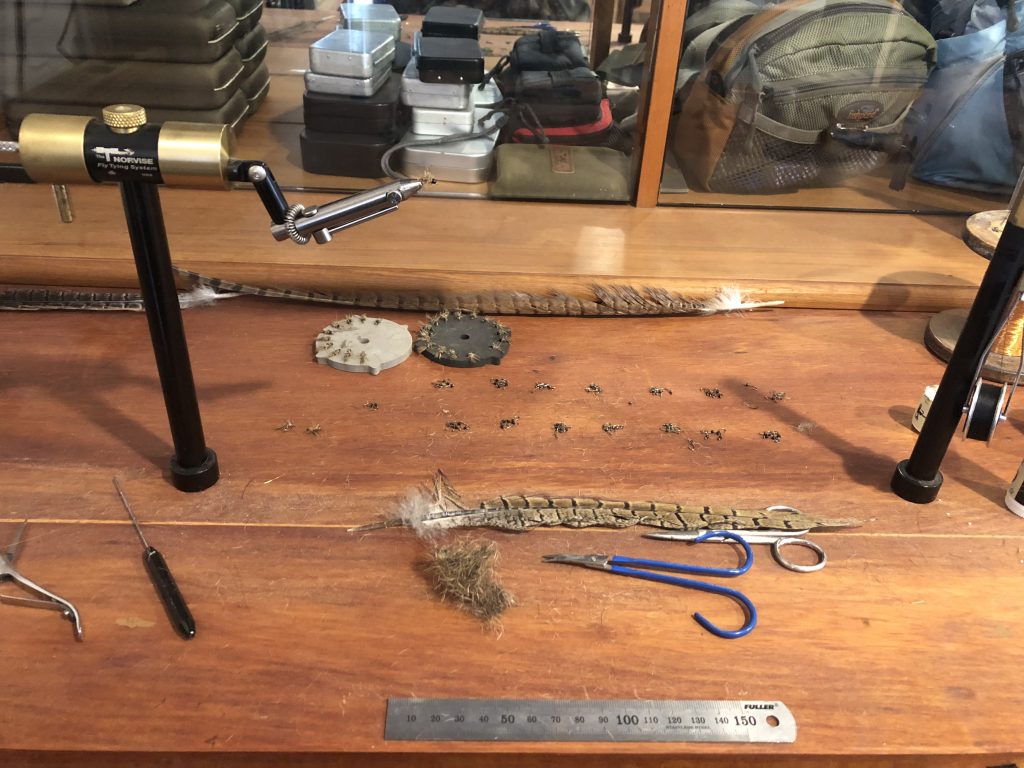 Tungsten beads have sped up my tying. About half the flies I tie need to be lightly weight so I can fish them under a dry on the evening rise. A 2mm black tungsten bead is quicker and easier to deal with than four winds of .20 lead, and applying dubbing is easier as I don’t have to worry about the dubbing not covering the lead. There does not appear to have been any drop off with my hook up rate, which did not surprise me much as fish seem to take something that roughly looks like food pretty readily. 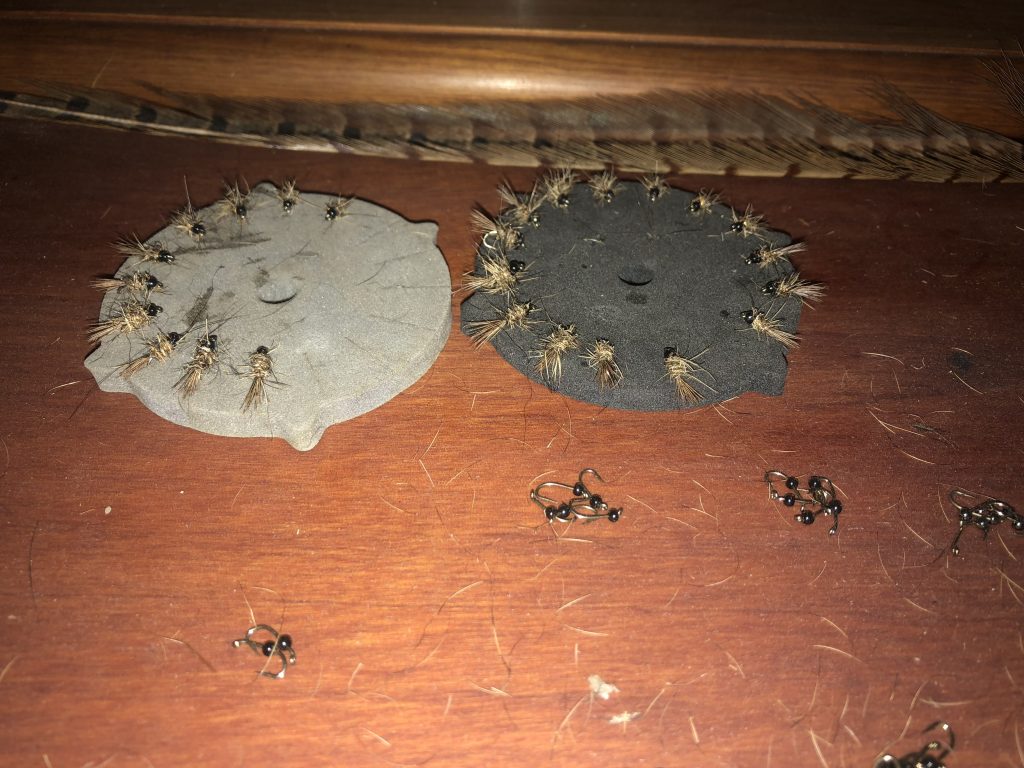 Hare & Coppers ready for gluing. I use Dave’s Flexament.