During the Upland season, which runs through four months of the New Zealand winter, I hunt every day. Never for more than two hours, but I get out every day and so do not really fish until the season finishes at the end of August.

This is the time I do most of my fly tying, especially when talking to my political clients on the phone. Once I had tied up all the flies I needed for the coming summer I started thinking about additional flies.

A couple of mates started talking about Koura patterns for fishing the Rotorua Lakes and Lake Taupo, which got me interested in Koura again. One of them started tying up Koura patterns that looked pretty reasonable, but I was not sure whether they were based on sound design theory.

Fishing in New Zealand is a Darwinian experience. Almost all the fishing I do is sight fishing, so I know exactly how the fish are reacting to my flies because I can see it all. This makes analysis of fly performance much more accurate, as I am not forced to guess whether fish I cannot see are refusing the fly.

This made me think hard about the type of fly that would accurately represent a Koura and stimulate a take from a sighted fish cruising a lake or a slow moving pool.

A simple search of Youtube found some interesting videos of how freshwater crayfish around the world move. This confirmed my own understanding of the behaviour of the crayfish.

Having caught quite a few Koura by hand and with a dab net in the past I knew there were three different behaviours worth considering.

Threatened Pose             When threated a Koura may look directly at the threat and hold its claws up in the direction of the threat.

Fleeing                            When a Koura perceives a threat requires evasion it uses its tail to move rapidly away from the threat, often repeatedly. When it does this its legs and claws are dragged behind it as it scoots away backwards. They tend to end up long and almost straight as the water drags against the body parts when they are moving.

A Koura that spots a Trout knows it is going to be prey. Trout love Koura, and Koura know it or they get taken out of the gene pool.

This meant I could safely eliminate the Undisturbed, as only the dumbest of Koura would hang around while a trout swam nearby. A beautiful natural looking Koura that did not move naturally, meaning flee in terror, would represent something a Trout would not normally see.

I completely dropped the Fish Skull products. The most important part of the fly, the claws, may look realistic undisturbed but do not look at all realistic when a fish approached the fly. They do not provide the bulk required to look realistic.

Having eliminated the Undisturbed I started considering what a fly that would adopt the Threatened Pose or Fleeing shape of a Koura.

This led me to start considering how I could tie a fly that would do two very important things. Both were based around attempting to copy a fleeing Koura, rather than a Koura that looked threatened. Koura’s first line of defence is to flee, not to threaten, and I wanted to copy the fleeing Koura.

Behaviour Representation, Not a Perfect Imitation

In the past I have tied a good number of Bonefish flies. Those who have tied for Bonefishing know that most flies are indicative, rather than exact replicas. My favourite flies were either a Pink or a Brown shrimp pattern, tied without eyes when fishing on coral, and with eyes when fishing in sand.

Bonefish absolutely hammer these flies when presented correctly, even though they do not provide a precise representation of a shrimp on the flats. There are two keys to getting the fish to take, getting the fly on the bottom, and the right retrieve it away from the fish. Get these things right will dramatically increase the chance of getting a take. 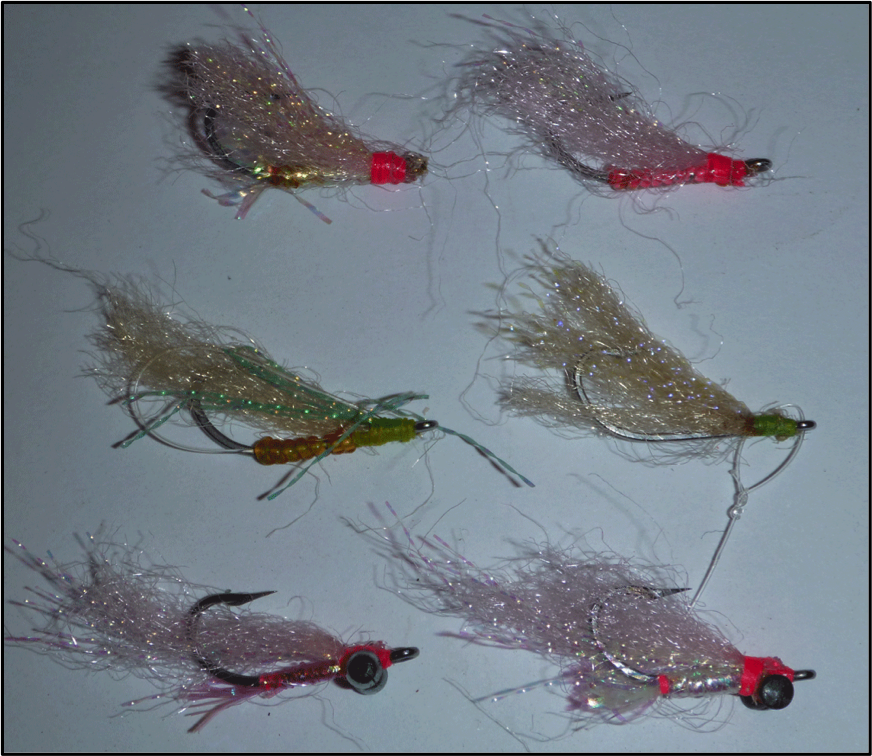