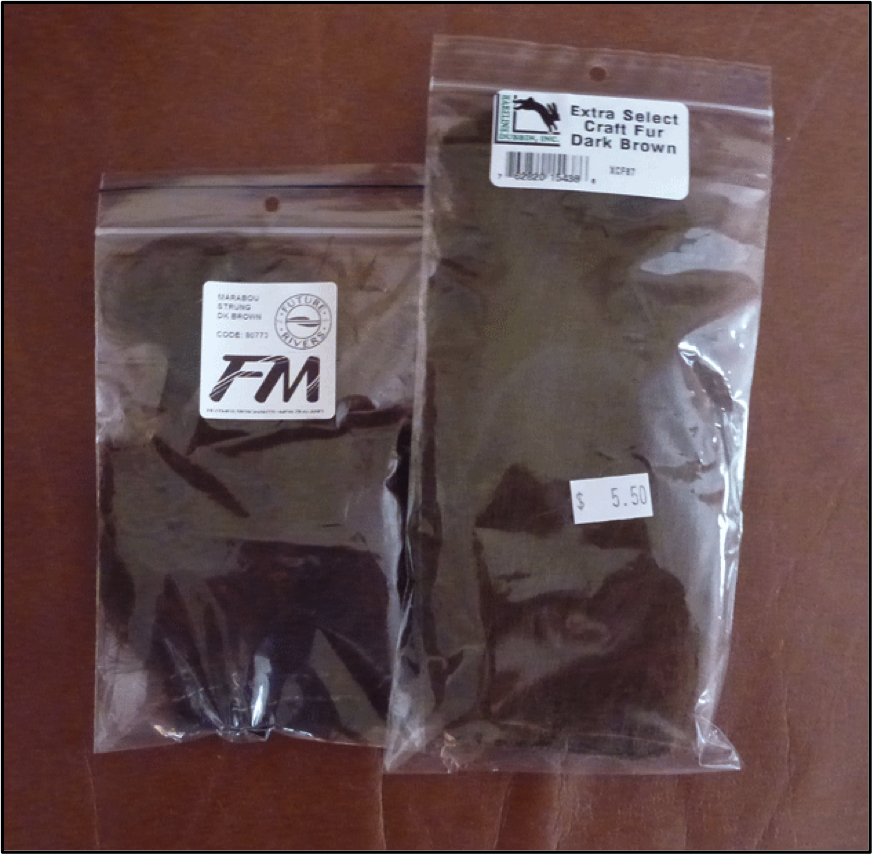 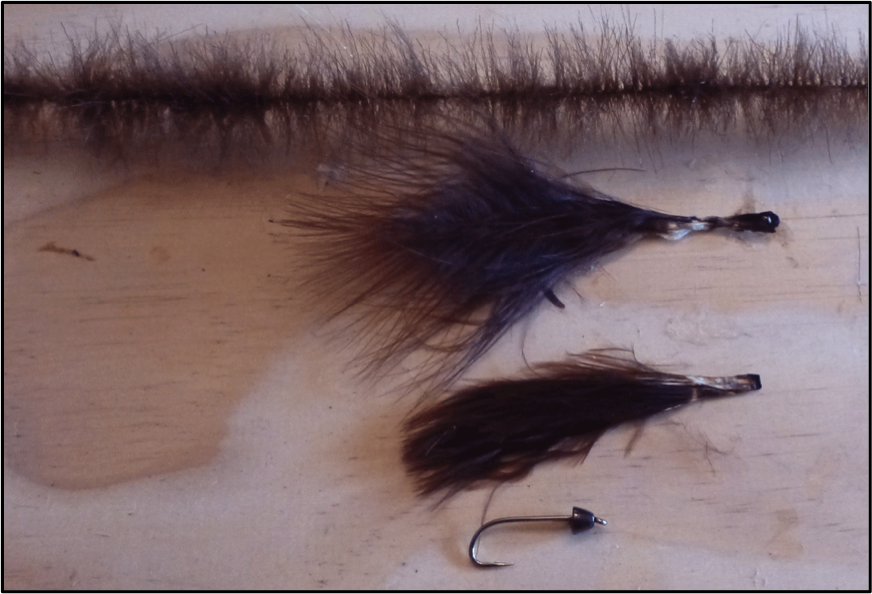 All the components of Lusk’s Koura. Dubbing Brush, Two Strung Marabou feathers and a hook with a tungsten conehead. 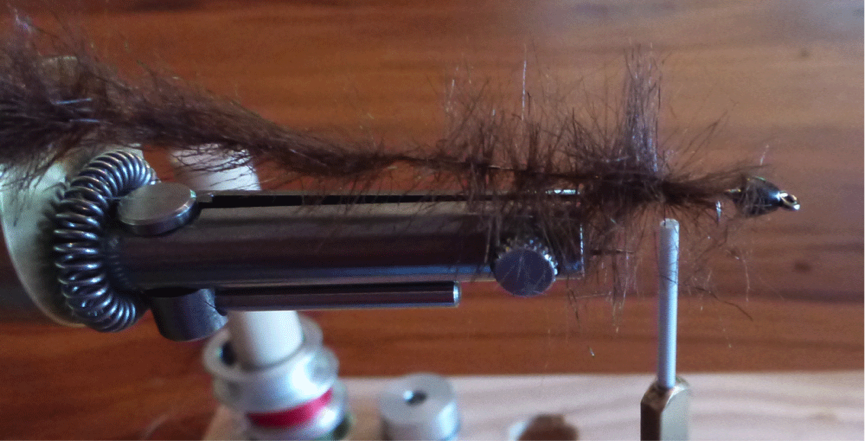 Dubbing brush tied in to create the splayed claws. Note it has been tied in hard and then pulled back out of the way. 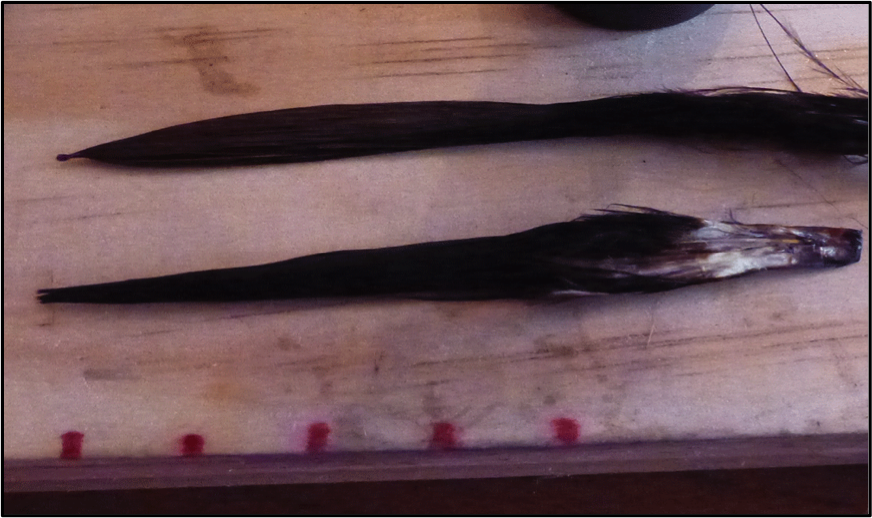 Marabou slicked down ready for measurement and cutting.

Marabou claw tied in. Position the cut end of the marabou against the conehead or bead head. Repeat with the second claw on the other side. Tie down hard or the fly will twist. 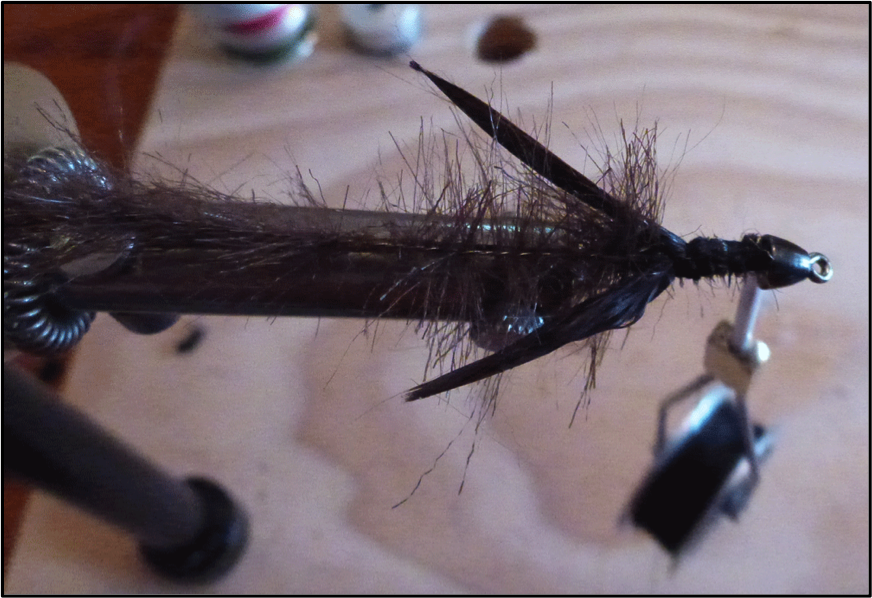 Both claws tied in. 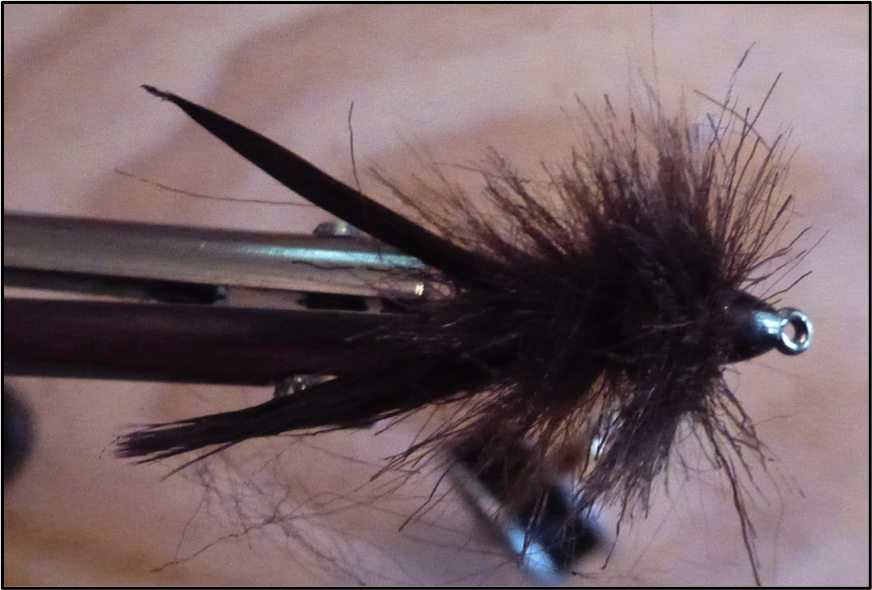 Dubbing Brush tied forward and tied off before gluing.

I have resisted the temptation to blend craft fur on my craft fur dubbing brushes as it is another degree of difficulty and is unnecessary. Instead I have made both black and brown koura, with the intention of using the black koura after dark. 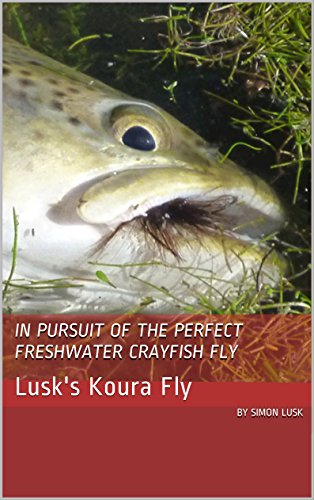